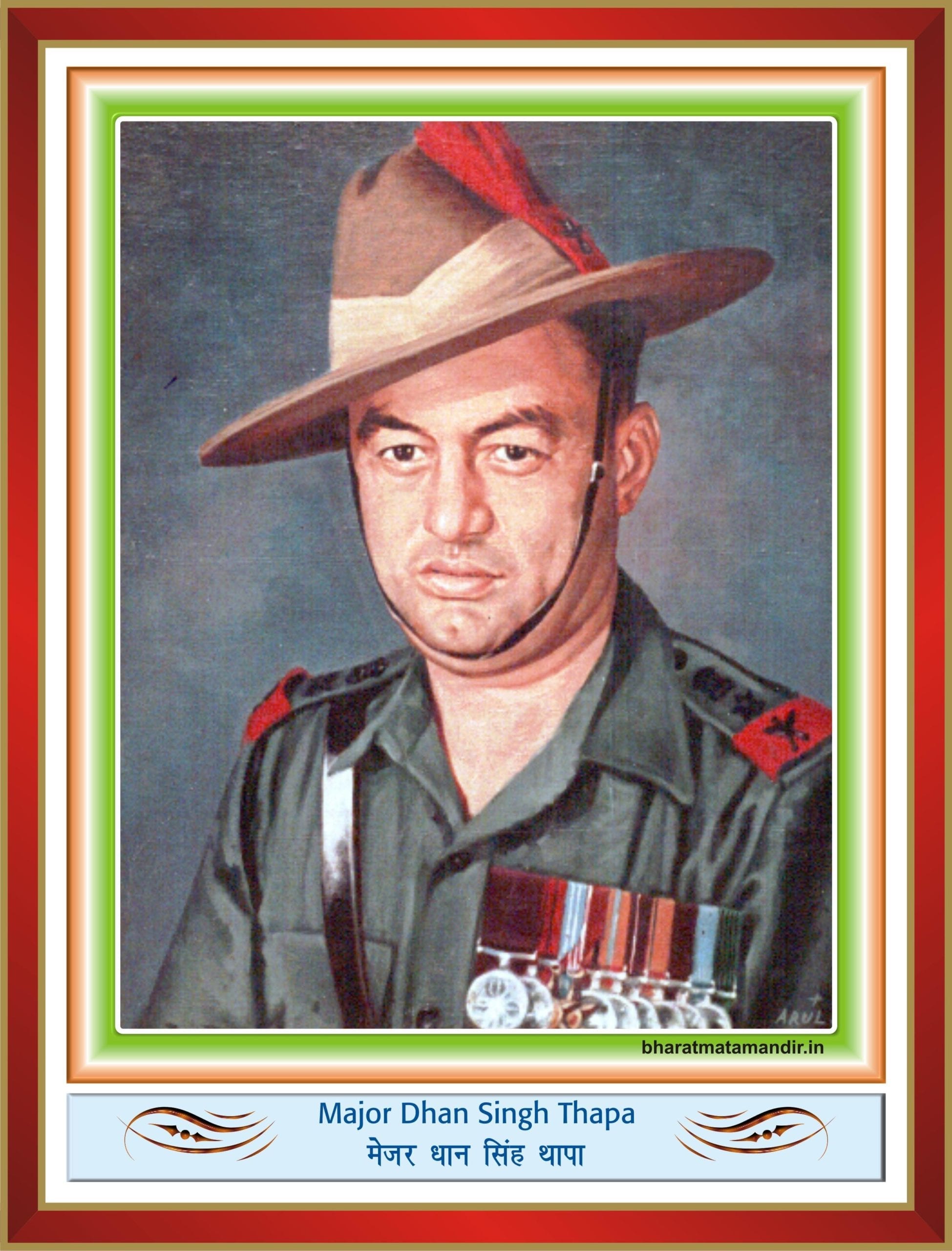 Dhan Singh Thapa was born to P. S. Thapa in Shimla, Himachal Pradesh. He was commissioned into the 8th Gurkha Rifles on 28 August 1949.

He was involved in a major action in Ladakh during the Sino-Indian War. The Sirijap valley, north of Pangong Lake in Ladakh, was considered vital for the defence of Chushul airfield. The 1/8 Gurkha Rifles had outposts there to thwart any Chinese encroachment in the area. One of these outposts named Sirijap-1 was held by a platoon of ‘C’ Company under the command of Major Thapa when the Chinese attacked on 20 October 1962.

At 06:00 on 20 October 1962, the Chinese opened a barrage of artillery and mortar fire over Sirijap-1 post. The shelling continued till 08:30 and the whole area was set ablaze. Some shells fell on the command post and damaged the wireless set. This put the post out of communication. The Chinese then attacked in overwhelming numbers. Major Thapa and his men repulsed the attack, inflicting heavy casualties. The Chinese mounted another attack in greater numbers after shelling the area with artillery and mortar fire.

Major Thapa once again repulsed the attack, inflicting heavy losses on the Chinese. A short while later, a third Chinese attack included tanks in support of the infantry. The defenders were weakened by the casualties suffered in earlier attacks, but held out while the ammunition lasted. When the Chinese finally overran the post, Major Thapa jumped out of his trench and killed many intruders in hand-to-hand fighting. He was eventually overpowered and captured.

For his gallant act, Major Dhan Singh Thapa was honoured with the highest wartime gallantry medal, the Param Vir Chakra. He was believed to have been killed in this engagement, and the original citation reflects this.

He was later discovered to have been taken prisoner and after his release from the POW camp, he resumed his military career. He retired as Lieutenant-Colonel.