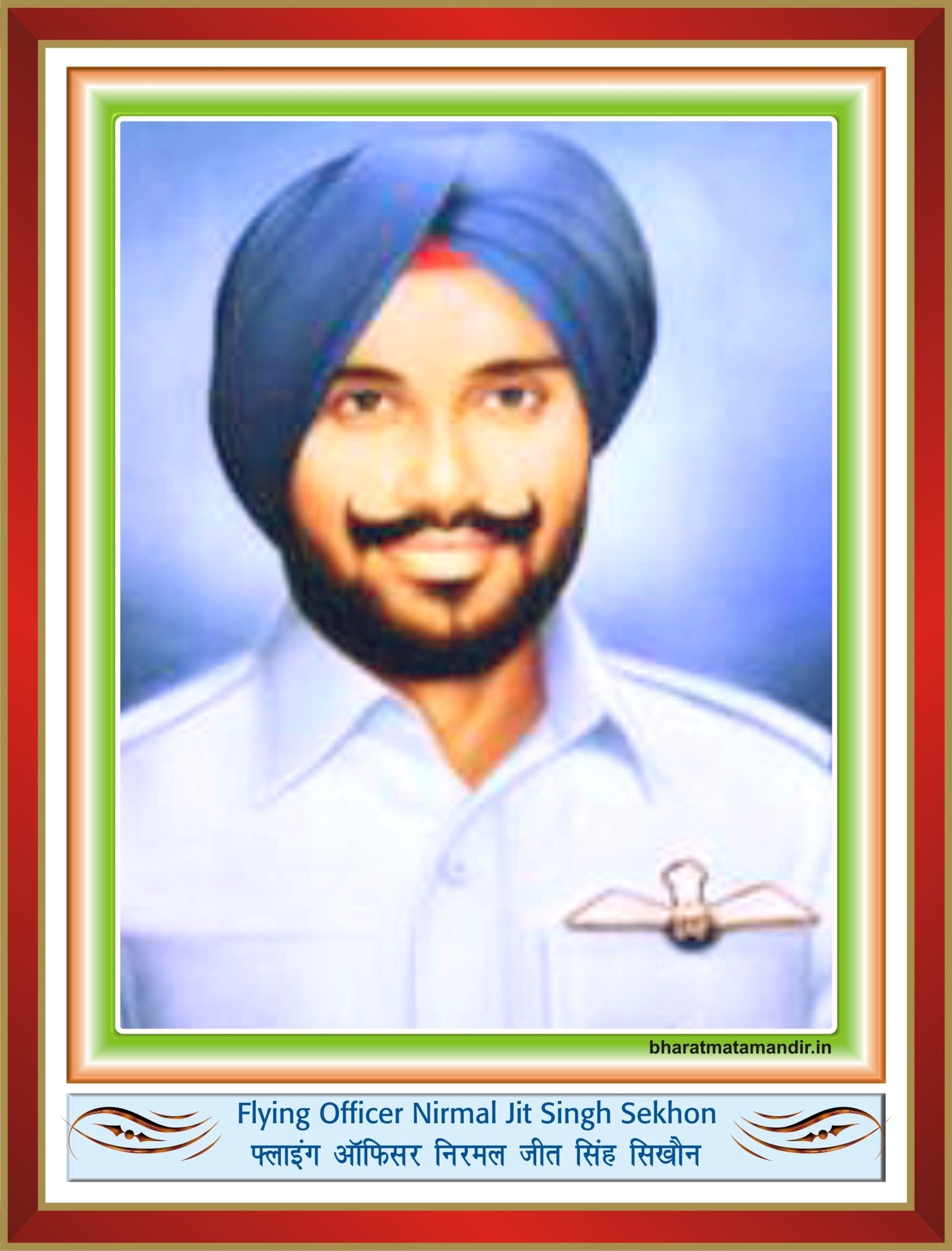 Sekhon, a Sikh, was born on July 17, 1943 in the village of Rurka in Ludhiana District, Punjab. He was the son of Warrant Officer Hon. Flight Lieutenant Trilok Singh Sekhon. He was commissioned into the Indian Air Force on June 4, 1967 as a Flying Officer.

During the Indo-Pakistani War of 1971, he was assigned to the No. 18 Squadron, “The Flying Bullets”, flying the Folland Gnat fighter aircraft based at Srinagar. On 14 December 1971, Srinagar airfield was attacked by six Pakistan Air Force F-86 jets. Flying Officer Sekhon was on readiness duty at that time. Soon the enemy aircraft attacked the airfield, strafing ground targets. Under heavy fire, he was able to take off in his Gnat and engage the Sabres.

The bravery, flying skill and determination displayed by Flying Officer Sekhon earned him India’s highest wartime medal for gallantry, the Param Vir Chakra. His skill was later praised in an article by Salim Baig Mirza, the pilot who shot him down.[1][2]