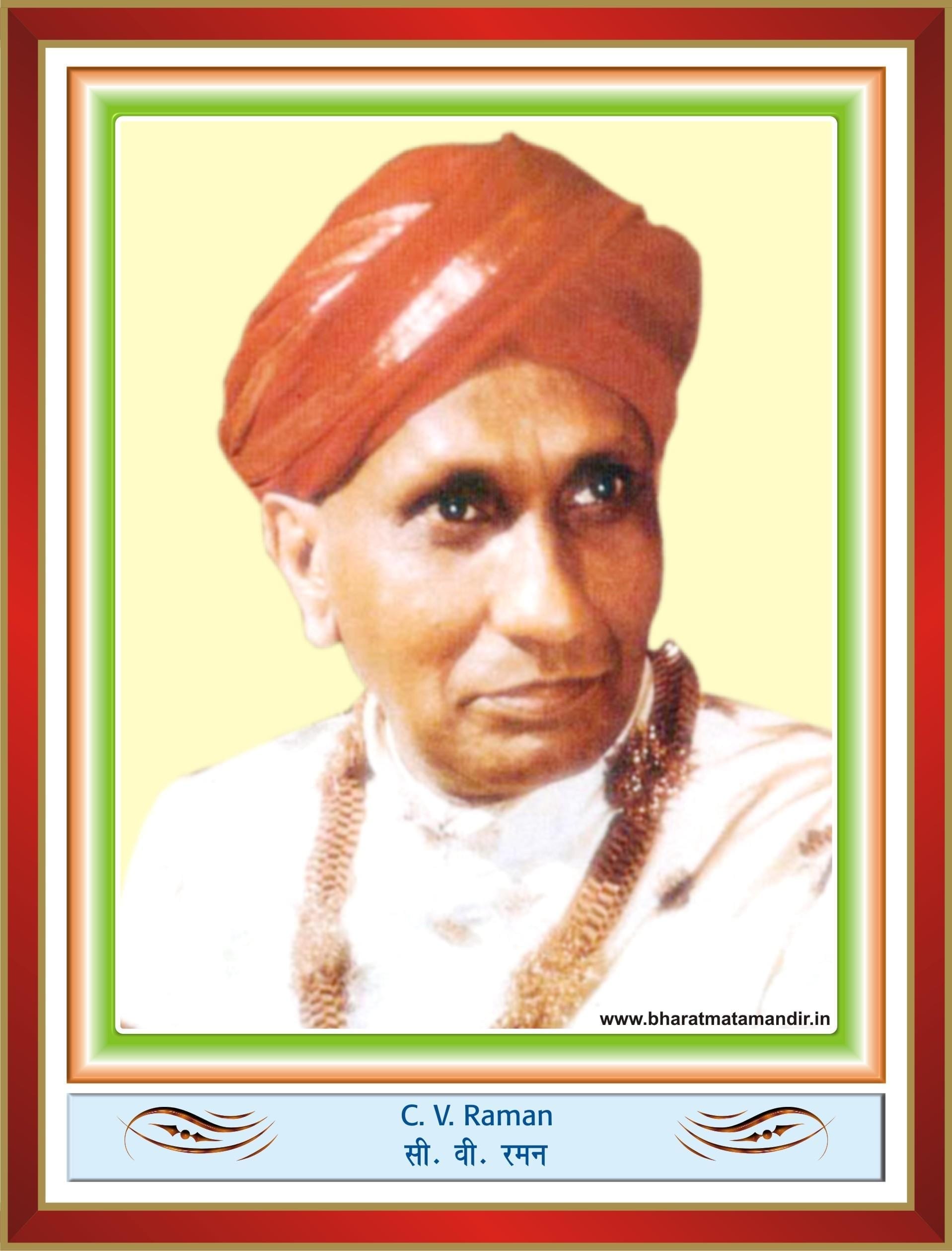 Sir Chandrasekhara Venkata Raman, FRS (Tamil: சந்திரசேகர வெங்கடராமன்) (7 November 1888 – 21 November 1970) was an Indian physicist and Nobel laureate in physics recognised for his work on the molecular scattering of light and for the discovery of the Raman effect, which is named after him.

Born to R. Chandrasekhara Iyer[1] in Tiruchirapalli, Tamil Nadu. His mother tongue was Tamil. At an early age Raman moved to the city of Vizag, Andhra Pradesh. Studied in St.Aloysius Anglo-Indian High School. His father was a lecturer in mathematics and physics, so he grew up in an academic atmosphere.

Raman entered Presidency College, Chennai, in 1902, and in 1904 gained his B.A., winning the first place and the gold medal in physics. In 1907 he gained his M.A., obtaining the highest distinctions. He joined the Indian Finance Department as an Assistant Accountant General

In 1917 Raman resigned from his government service and took up the newly created Palit Professorship in Physics at the University of Calcutta. At the same time, he continued doing research at the Indian Association for the Cultivation of Science, Calcutta, where he became the Honorary Secretary. Raman used to refer to this period as the golden era of his career. Many talented students gathered around him at the IACS and the University of Calcutta.

On February 28, 1928, through his experiments on the scattering of light, he discovered the Raman effect. It was instantly clear that this discovery was an important one. It gave further proof of the quantum nature of light. Raman spectroscopy came to be based on this phenomenon, and Ernest Rutherford referred to it in his presidential address to the Royal Society in 1929. Raman was president of the 16th session of the Indian Science Congress in 1929. He was conferred a knighthood, and medals and honorary doctorates by various universities. Raman was confident of winning the Nobel Prize in Physics as well, and was disappointed when the Nobel Prize went to Richardson in 1928 and to de Broglie in 1929. He was so confident of winning the prize in 1930 that he booked tickets in July, even though the awards were to be announced in November, and would scan each day’s newspaper for announcement of the prize, tossing it away if it did not carry the news. He did eventually win the 1930 Nobel Prize in Physics “for his work on the scattering of light and for the discovery of the effect named after him. He was the first Asian and first non-White to get any Nobel Prize in the sciences. Before him Rabindranath Tagore (also Indian) had received the Nobel Prize for Literature.

Raman also worked on the acoustics of musical instruments. He worked out the theory of transverse vibration of bowed strings, on the basis of superposition velocities. He was also the first to investigate the harmonic nature of the sound of the Indian drums such as the tabla and the mridangam.

In 1934 Raman became the director of the Indian Institute of Science in Bangalore, where two years later he continued as a professor of physics. Other investigations carried out by Raman were experimental and theoretical studies on the diffraction of light by acoustic waves of ultrasonic and hypersonic frequencies (published 1934-1942), and those on the effects produced by X-rays on infrared vibrations in crystals exposed to ordinary light.

He also started a company called Travancore Chemical and Manufacturing Co. Ltd. in 1943 along with Dr. Krishnamurthy. The Company during its 60 year history, established four factories in Southern India. In 1947, he was appointed as the first National Professor by the new government of Independent India.

In 1948 Raman, through studying the spectroscopic behavior of crystals, approached in a new manner fundamental problems of crystal dynamics. He dealt with the structure and properties of diamond, the structure and optical behavior of numerous iridescent substances (labradorite, pearly feldspar, agate, opal, and pearls). Among his other interests were the optics of colloids, electrical and magnetic anisotropy, and the physiology of human vision.

Raman retired from the Indian Institute of Science in 1948 and established the Raman Research Institute in Bangalore, Karnataka a year later. He served as its director and remained active there until his death in 1970, in Bangalore, at the age of 82..

He was married on 6 May 1907 to Lokasundari Ammal with whom he had a son, Radhakrishnan.

Raman was honoured with a large number of honorary doctorates and memberships of scientific societies. He was elected a Fellow of the Royal Society early in his career (1924) and knighted in 1929. In 1930 he won the Nobel Prize in Physics. In 1954 he was awarded the Bharat Ratna. He was also awarded the Lenin Peace Prize in 1957.

India celebrates National Science Day on 28 February of every year to commemorate the discovery of the Raman effect in 1928.