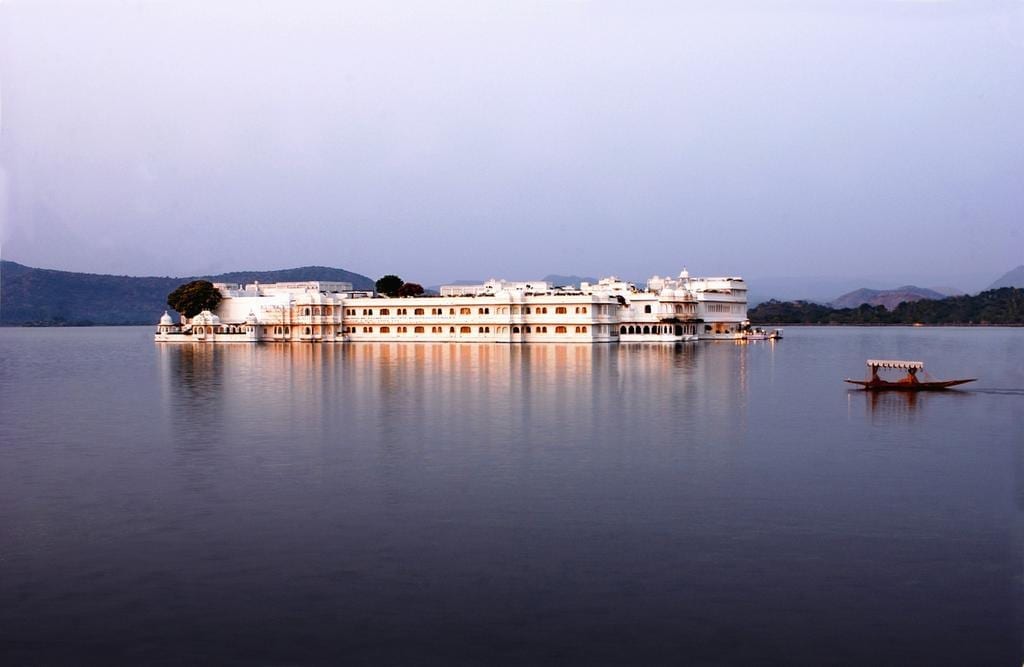 Lake Palace (formerly known as Jag Niwas) is a luxury hotel, of 83 rooms and suites featuring white marble walls, located on a natural foundation of 4 acres (16,000 m2) rock on the Jag Niwas islandin Lake Pichola, Udaipur, India. The hotel operates a boat which transports guests to the hotel from a jetty at the City Palace.

It was built in 1743- 1646 under the direction of the Maharana Jagat Singh II (62nd successor to the royal dynasty of Mewar) of Udaipur, Rajasthan as a royal summer palace and was initially called Jagniwas or Jan Niwas after its founde. The Maharana, ruler of Jaipur from 1628 to 1654, was very friendly with Mughal Emperor Shah Jahan and encouraged his craftsmen to copy some of the glories of his incomparable buildings at Agra. The palace was constructed facing east, allowing its inhabitants to pray to the Sun god at the crack of dawn. The successive rulers used this cool haven as their summer resort, holding their regal durbars in its courtyards lined with columns, pillared terraces, fountains and gardens

Shah Jahan’s throne sculptured from a single block of serpentine and the little mosque dedicated to Kapuria Baba, a Muhammedan Saint, are other objects of interest on the island.

As both royal abode and luxury hotel, the Taj Lake Palace has captured the affection of the likes of Lord Curzon, Vivien Leigh, Queen Elizabeth and First Lady Jacqueline Kennedy. The palace was a central feature in the 1983 James Bond film Octopussy, as the home of titular character Octopussy (played by Maud Adams).

In 1971, Taj Hotels Resorts and Palaces took over management of the hotel and added another 75 rooms. In 2000, a second restoration was undertaken. The “Royal Butlers” working in the hotel are descendents of the original palace retainers.