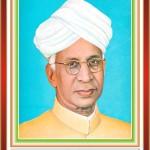 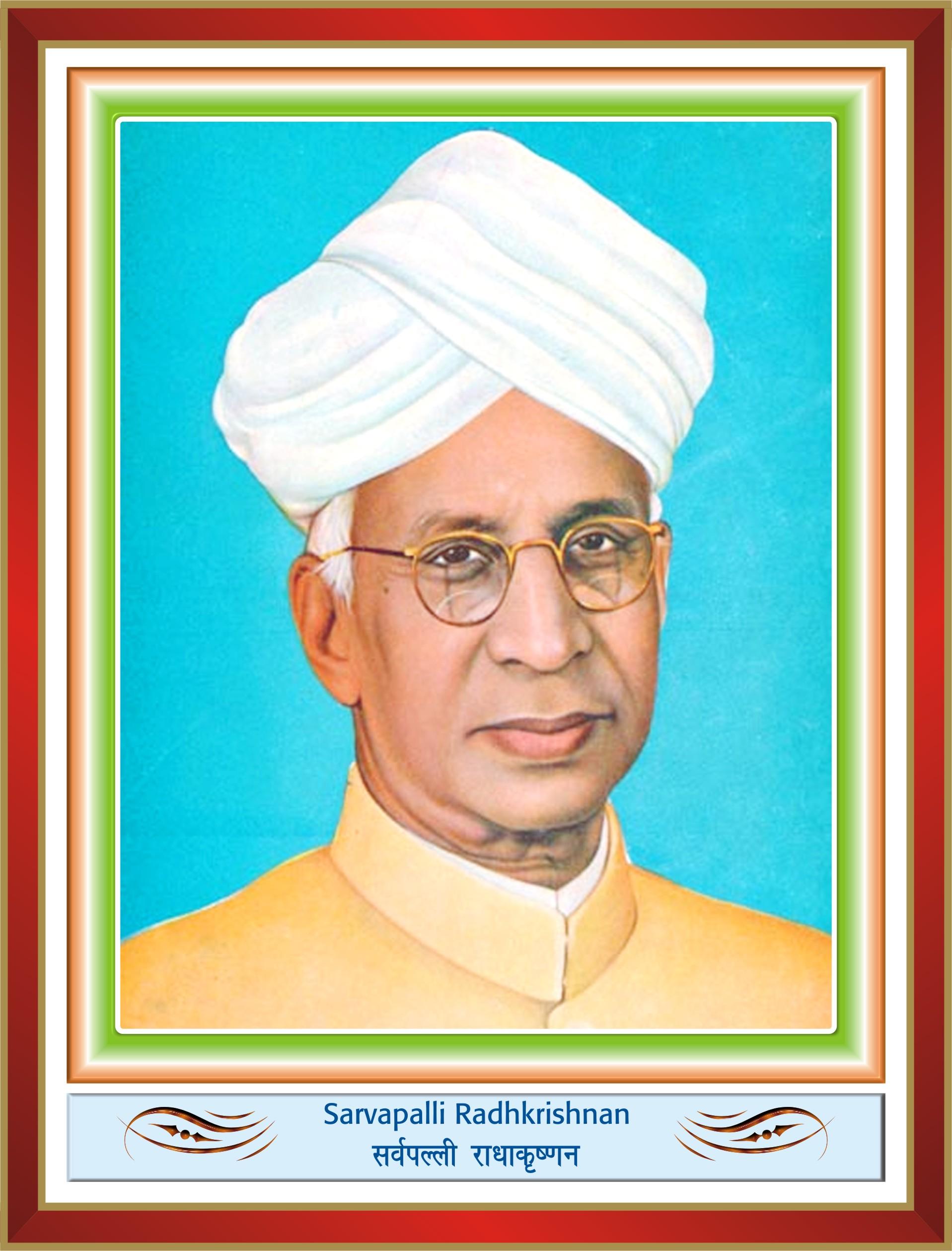 One of India’s most influential scholars of comparative religion and philosophy, Radhakrishnan is considered through his efforts to have built a bridge between East and West by having shown that the philosophical systems of each tradition is comprehensible within the terms of the other. He wrote authoritative exegeses of India’s religious and philosophical literature for the English speaking world. His academic appointments included the King George V Chair of Mental and Moral Science at the University of Calcutta (1921-?) and Spalding Professor of Eastern Religions and Ethics at Oxford University (1936–1952).

Among the many honours he received were a knighthood (1931) and the Bharat Ratna (1954). His birthday is celebrated in India as Teacher’s Day on 5 September.

Radhakrishna was born into a middle class Niyogi Telugu Brahmin family at Tiruttani in Tamil Nadu state, a town in Madras Presidency, British India, 64 km to the northwest of Madras (now Chennai). His early years were spent in Tirutani and Tirupati. His father was a subordinate revenue official in the service of a local Zamindar (landlord). His primary education was at Primary Board High School at Tirutani. In 1896 he was shifted to the Hermansburg Evangelical Lutheral Mission School at Tirupati.[1]

Radhakrishnan was awarded scholarships throughout his academic life. He joined the Voorhee’s College in Vellore but switched to the Madras Christian College at the age of 17. He graduated with a Master’s degree in Philosophy from the Madras Christian College in 1906, being one of its most distinguished alumni.[2] Radhakrishnan wrote his thesis for the M.A. degree on “The Ethics of the Vedanta and its Metaphysical Presuppositions”.[3] He was afraid that his M.A. thesis, “The Ethics of the Vedanta” would offend his philosophy professor, Dr. A.G. Hogg. Instead, Dr. Hogg commended Radhakrishnan on doing an excellent job.[citation needed] Radhakrishnan’s M.A. thesis was published when he was only 20.

Radhakrishnan happened to study philosophy by chance rather than by choice. Being a financially constrained student at the time, when a cousin, after graduating from the same college, passed on his textbooks in philosophy to Radhakrishnan, it automatically decided his academic course. [4][5] Later on he felt deep interest in his subject and wrote many acclaimed works on philosophy, both eastern and western.

Radhakrishnan was married to Sivakamu, a distant cousin, in 1904 at the age of 16. His bride was then only 10 years old. As per tradition the marriage had been arranged by the family. The couple had five daughters and a son, Sarvepalli Gopal. Sarvepalli Gopal went on to a notable career as a historian. Sivakamamma died in 1956. They were married for over 51 years.[6]

In 1918, Radhakrishnan was selected as Professor of Philosophy by the University of Mysore. By that time, he had written many articles for journals of repute like The Quest, Journal of Philosophy and the International Journal of Ethics. He completed his first book The Philosophy of Rabindranath Tagore. He believed Tagore’s philosophy to be the “genuine manifestation of the Indian spirit.” Radhakrishnan’s second book, The Reign of Religion in Contemporary Philosophy was published in 1920.

In 1929, Radhakrishnan was invited to take the post vacated by Principal J. Estlin Carpenter in Manchester College, Oxford. This gave him the opportunity to lecture to the students of the University of Oxford on Comparative Religion. For his services to education, he was knighted by the British Government in 1931, but did not use the title in personal life preferring instead his academic title ‘Doctor’.

When India became independent in 1947, Radhakrishnan represented India at UNESCO, and was later Ambassador of India to the Soviet Union, from 1949 to 1952. He was also elected to the Constituent Assembly of India.

“Instead of celebrating my birthday, it would be my proud privilege if 5 September is observed as Teachers’ Day.”

His birthday has since been celebrated as Teachers’ Day in India.[8]

Radhakrishnan along with Ghanshyam Das Birla and a few other Social Workers in the pre-independence era formed Krishnarpan Charity Trust.

Radhakrishnan argued that Western philosophers, despite all claims to objectivity, were biased by theological influences of their own culture.[9] He wrote books on Indian philosophy according to Western academic standards, and forced the West to give serious consideration to Indian philosophy. In his book “Idealist View of Life” he has made a powerful case for the importance of intuitive thinking as opposed to purely intellectual forms of thought. He is well known for his commentaries on the Prasthana Trayi namely, the Bhagavadgita, the Upanishads and the Brahma Sutra.