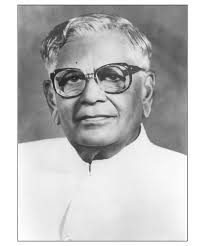 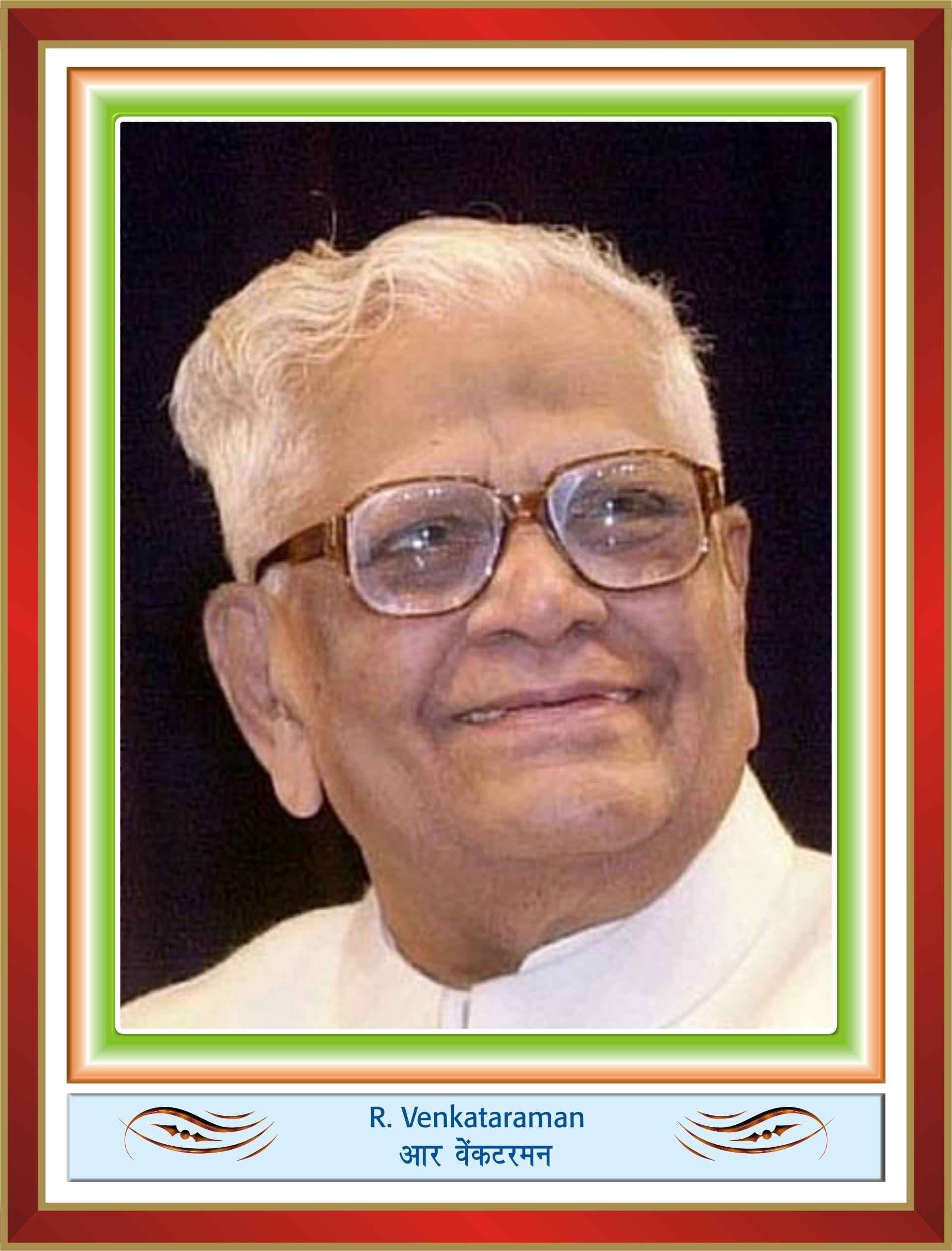 Ramaswamy Venkataraman(Tamil: ராமசுவாமி வெங்கட்ராமன்) (4 December 1910 – 27 January 2009[1]) was an Indian lawyer, freedom-fighter and politician who served as a Union minister and as the eighth President of India.[2]

Venkataraman was born in Rajamadam village in Tanjore district, Madras Presidency. He studied law and practised in the Madras High Court and the Supreme Court of India. In his young age, he was an activist of the Indian independence movement and participated in the Quit India Movement. He was appointed member of the Constituent Assembly and the provisional cabinet. He was elected to Lok Sabha four times and served as Union Finance Minister and Defence Minister. In 1984, he was elected the seventh Vice-President of India and in 1987, he became the 8th President of India and served from 1987 to 1992. He also served as a State minister under K. Kamaraj and M. Bhaktavatsalam.

Venkataraman was born in Rajamadam village near in Pattukottai, near Tanjore district in Tamil Nadu.

Educated locally and in the city of Madras (now Chennai), Venkataraman obtained his Master Degree in Economics from Madras University. He later qualified in Law from the Law College, Madras. Venkataraman was enrolled in the Madras High Court in 1935 and in the Supreme Court in 1951 [3]

While practicing law, Venkataraman was drawn into the movement for India’s freedom from Britain’s colonial subjugation. His active participation in the Indian National Congress’s celebrated resistance to the British Government, the Quit India Movement of 1942, resulted in his detention for two years under the Defence of India Rules. Venkataraman’s interest in the law continued during this period. In 1946, when the transfer of power from British to Indian hands was imminent, the Government of India included him in the panel of lawyers sent to Malaya and Singapore to defend Indian nationals charged with offences of collaboration during the Japanese occupation of those two places. In the years 1947 to 1950, Venkataraman served as Secretary of the Madras Provincial Bar Federation.

Venkataraman acquired, early in his legal career, an abiding interest in the law pertaining to labour. On his release from prison in 1944, he took up the Organisation of the Labour Section of the Tamil Nadu Provincial Congress Committee. He founded, in 1949, the Labour Law Journal which publishes important decisions pertaining to labour and is an acknowledged specialist publication. He came to be intimately associated with trade union activity, founding or leading several unions, including those for plantation workers, estate staff, dock-workers, railway workers and working journalists.

Law and trade union activity led to Venkataraman’s increasing association with politics. He was the member of constituent assembly that drafted India’s constitution. In 1950 he was elected to free India’s Provisional Parliament (1950–1952) and to the First Parliament (1952–1957). During his term of legislative activity, Venkataraman attended the 1952 Session of the Metal Trades Committee of International Labour Organisation as a workers’ delegate. He was a member of the Indian Parliamentary Delegation to the Commonwealth Parliamentary Conference in New Zealand. Venkataraman was also Secretary to the Congress Parliamentary Party in 1953-1954.

Although re-elected to Parliament in 1957, Venkataraman resigned his seat in the Lok Sabha to join the State Government of Madras as a Minister. There Shri Venkataraman held the portfolios of Industries, Labour, Cooperation, Power, Transport and Commercial Taxes from 1957 to 1967. During this time, he was also Leader of the Upper House, namely, the Madras Legislative Council.

Venkataraman was appointed a Member of the Union Planning Commission in 1967 and was entrusted the subjects of Industry, Labour, power, Transport, Communications, Railways. He held that office until 1971. In 1977, Venkataraman was elected to the Lok Sabha from Madras (South) Constituency and served as an Opposition Member of Parliament and Chairman of the Public Accounts Committee.

Venkataraman was also, variously, a member of the Political Affairs Committee and the Economic Affairs Committee of the Union Cabinet; Governor, International Monetary Fund, the International Bank for Reconstruction and Development, and the Asian Development Bank. Venkataraman was a Delegate to the United Nations General Assembly in 1953, 1955, 1956, 1958, 1959, 1960 and 1961. He was Leader of the Indian Delegation to the 42nd Session of the International Labour Conference at Geneva (1958) and represented India in the Inter Parliamentary Conference in Vienna (1978). He was a member of the United Nations Administrative Tribunal from 1955 to 1979 and was its President from 1968 to 1979.

In 1980, Venkataraman was re-elected to the Lok Sabha and was appointed Union Minister of Finance in the Government headed by Smt. Indira Gandhi. He was later appointed Union Minister of Defence, here he is credited for initiating India’s missile programme, he shifted A P J Abdul Kalam from space programme to the missile programme, and consolidated the entire missile system, naming it as Integrated Guided Missile Development Program [4]. Later he was to serve as Vice-President of India and then as a President of India starting 1987, where he had the unique distinction working with four prime ministers, and appointing three of them: V P Singh, Chandra Shekhar and P V Narasimha Rao, during his five-year term, which saw the advent of coalition politics in India [5][6].

On 12 January 2009, Venkataraman was admitted to the Army Research and Referral Hospital with complaints of Urosepsis (a toxic condition caused by the extravasation of urine into bodily tissues).[7] His condition grew critical on 20 January, when he was detected with low blood pressure and E. coli tract infection.

With Venkataraman’s death, Abdul Kalam became the only surviving former President of India.