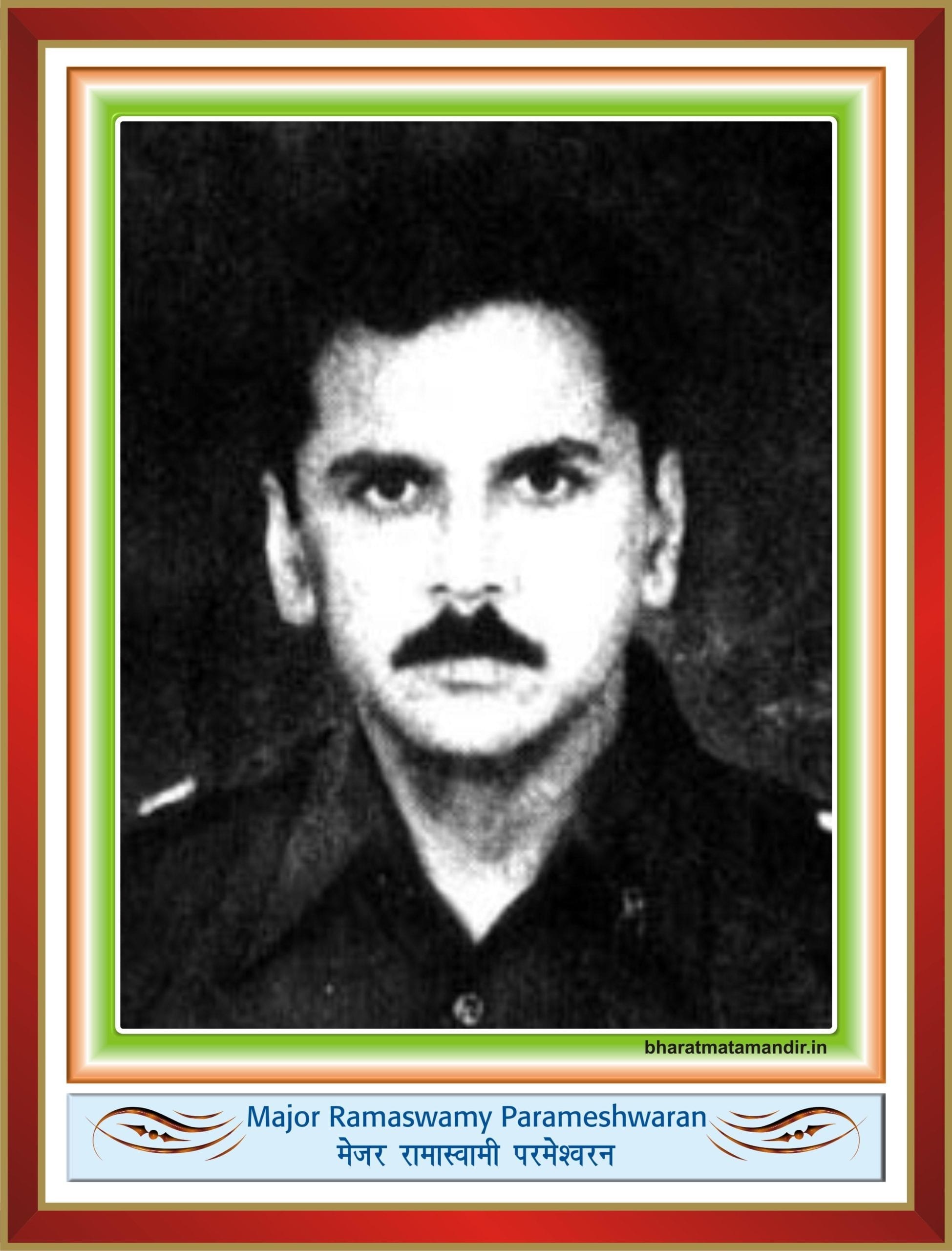 Major Ramaswamy Parameswaran, was born on 13 September 1946, in Bombay, Maharashtra. He was granted Short Service Commission in the Mahar Regiment on 16 January 1972. He took part in a number of operations undertaken by the Indian Army. Under the Indo-Sri Lanka Agreement many Indian Army units were dispatched to Sri Lanka to maintain law and order there. The Mahar Regiment, Major Parameswaran’s unit, was also sent to Sri Lanka to participate in Operation Pawan. On 25 November 1987, Major Parameswaran was returning with his column from a search operation late in the night. Suddenly, his column was ambushed by a group of militants.

With great presence of mind he encircled the militants from the rear and boldly charged them. This completely surprised the enemy. During the hand-to-hand combat that followed, one militant shot him in the chest. Undaunted by his grave injury, he snatched the rifle from a militant and shot him dead. Though critically wounded he continued to give orders and inspire his command till he breathed his last. The ambush was finally cleared. In this action, five militants were killed and three rifles & two rocket launchers were captured. For the most conspicuous bravery & supreme sacrifice, Major Ramaswamy Parameswaran was honoured with the highest wartime gallantry medal, Param Vir Chakra, posthumously. Jai Hind!! Jai Jawan!!