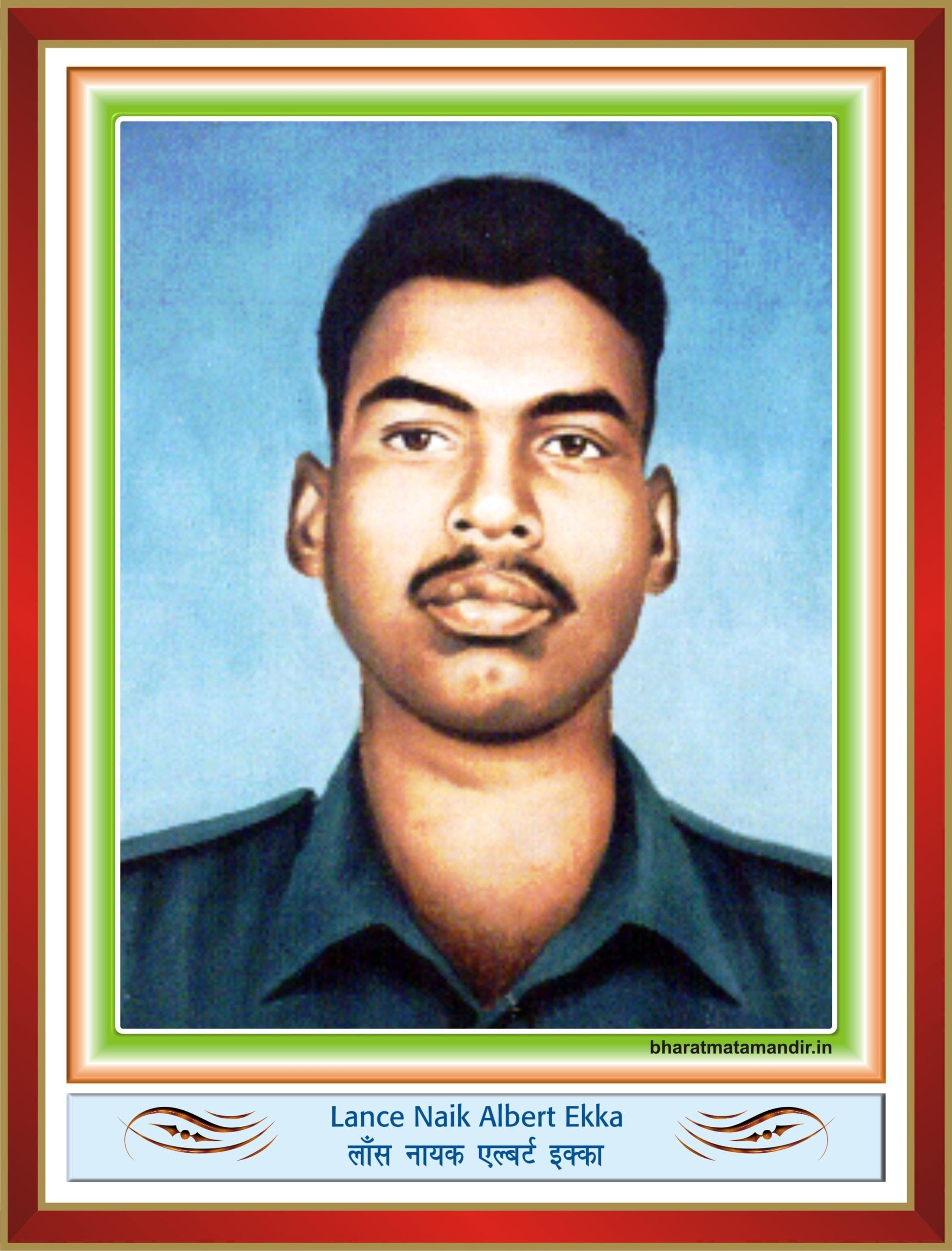 Lance Naik (LCpl) Albert Ekka (1942-71) was a soldier in the Indian army. He died in service in the Battle of Hilli, during the Bangladesh Liberation War of 1971. He was posthumously awarded the Param Vir Chakra, India’s highest award for valour in the face of the enemy.

Albert Ekka was born on 27 December 1942, in Jari village of Chainpur tehsil Ranchi tehsil of Ranchi district (now Gumla district) in the Indian state of Bihar (now Jharkhand). His father’s name was Julius Ekka and he hailed from a Christian Uraon family. On 27 December 1962, at the age of 20, Albert was enrolled in the 14 Guards of the Indian army.

Accomplishments during the war

War broke out between India and Pakistan on December 3, 1971. On the very first day of this 14-day war, 14 Guards (to which Lance Naik Albert Ekka was attached) was tasked to capture a Pakistani position at Gangasagar, near Akhaura, on the border between the Indian state of Tripura and present-day Bangladesh.

It was a well-fortified position, held in good strength by the enemy. The reduction of this position was considered necessary, as it was the key to the capture of Akhaura. The 14 Guards launched an attack on enemy positions at 0400 hours on 4 December 1971. Lance Naik Ekka went with the left forward company of the battalion in the attack.

Lance Naik Albert Ekka was in the left forward company of a battalion of the Brigade of Guards during their attack on this well-fortified enemy position. The Indian troops came under intense shelling and heavy small-arms fire, but they pushed on regardless, and were soon engaged in hand-to-hand combat. The assault group was pinned down by a light machine-gun (LMG), fired from one of the Pakistani bunkers, inflicting heavy casualties. Observing the position of the LMG, Ekka, with complete disregard for his personal safety charged the enemy bunker, bayoneting two enemy soldiers and silenced the LMG.

Though seriously wounded in this encounter, Lance Naik Albert Ekka continued fighting as he and his fellow soldiers they cut a swath through the enemy lines, clearing bunker after bunker for a distance of 1.5 km. They had almost accomplished their objective when a medium machine-gun (MMG) opened up from the second storey of a well-fortified building, inflicting heavy casualties and holding up their progress.

Once again, Ekka, despite his serious injury and heavy fire, crawled forward till he reached the building and threw a grenade into the bunker killing one enemy soldier and injuring the other. However, the MMG was still firing. Ekka scaled a side wall, entered the bunker, bayoneted the enemy soldier holding the MMG nest, and silenced the MMG. By doing this, he saved his company from suffering more casualties and ensured the success of the attack. In this process, he received serious injuries and succumbed to them after the capture of the objective.

As a result of the fall of Gangasagar, the southern and southwestern flanks of Akhaura were exposed and the enemy rear was threatened. As a result, the enemy was forced to vacate Akhaura.

Lance Naik Albert Ekka displayed valour and determination and made a great sacrifice for the Army. He was awarded the Param Vir Chakra, the highest wartime gallantry medal, posthumously, for displaying conspicuous bravery and determination.

Lance-Naik Albert Ekka was posthumously awarded India’s highest wartime gallantry award, the Param Vir Chakra. In 2000, on the occasion of 50th Republic day, the Government of India issued a postal stamp in his memory.