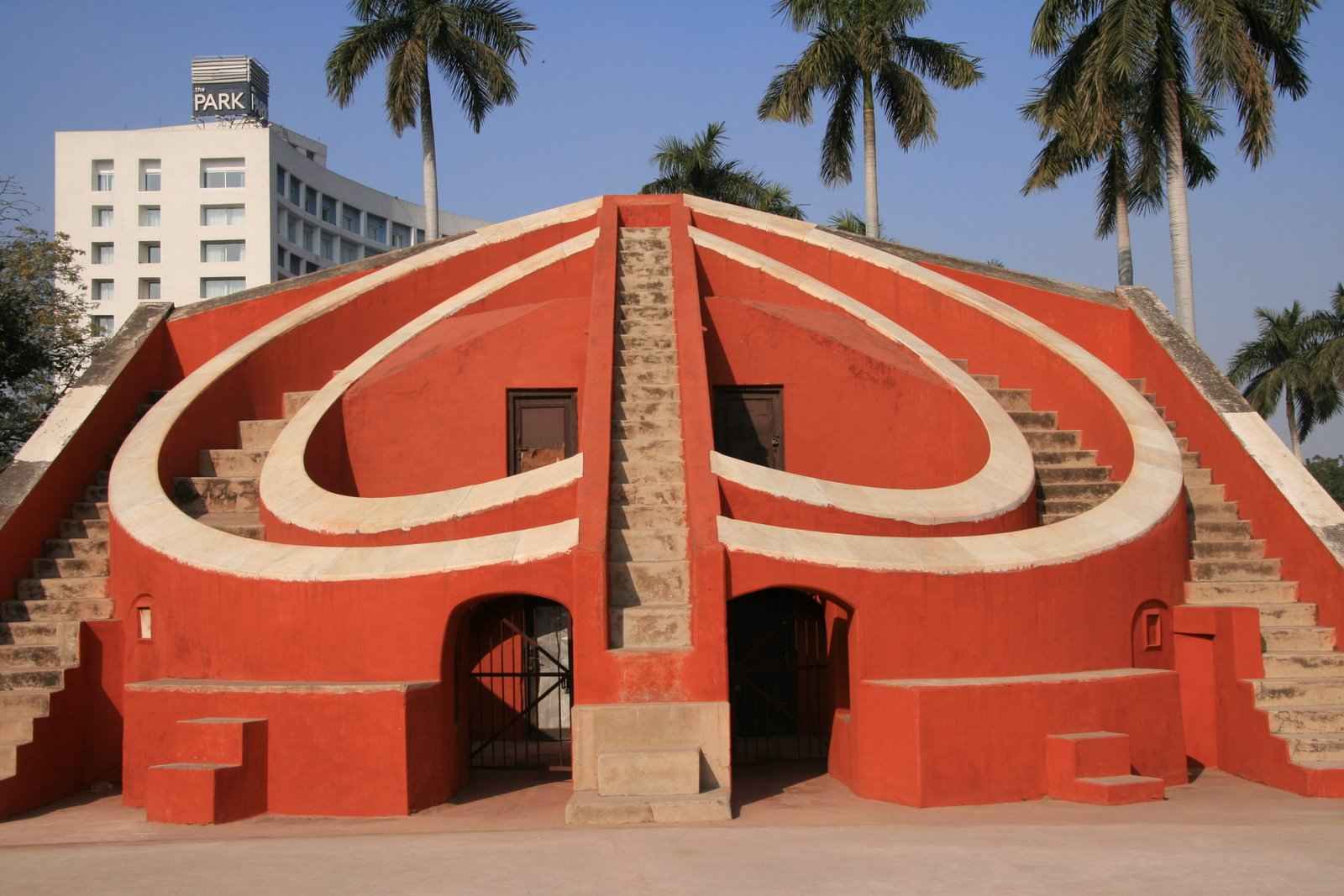 The Yantra Mantra (literally the ‘instrument and formula’ and often called the Jantar Mantar), is located in the modern city of New Delhi, Delhi. It consists of 13 architectural astronomy instruments, built by Maharaja Jai Singh II of Jaipur, from 1724 onwards, and is one of five built by him, as he was given by Mughal emperor Muhammad Shah the task of revising the calendar and astronomical tables. There is plaque fixed on one of the structures in the Jantar Mantar observatory in New Delhi that was placed there in 1910 mistakenly dating the construction of the complex to the year 1710. Later research, though, suggests 1724 as the actual year of construction.

The primary purpose of the observatory was to compile astronomical tables, and to predict the times and movements of the sun, moon and planets. Some of these purposes nowadays would be classified as astrology.

There are four distinct instruments within the observatory of Jantar Mantar in New Delhi: the Samrat Yantra, the Ram Yantra, the Jayaprakash, and the Mishra yantras.

Mishra Yantra: The Mishra yantras were able to indicate when it was noon in various cities all over the world and was the only structure in the observatory not invented by Jai Singh II.