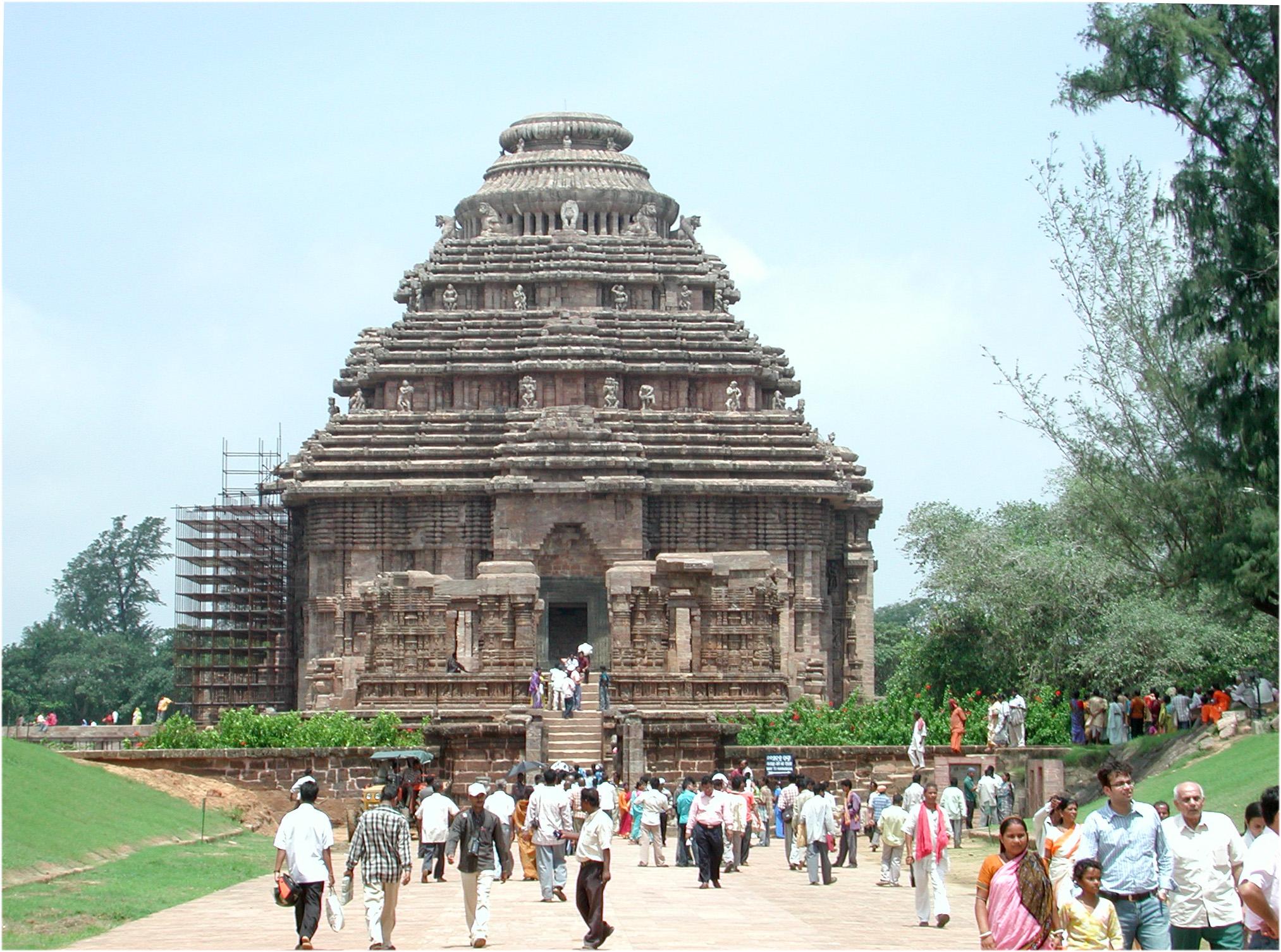 Sun Temple Konark is a 13th-century Sun Temple (also known as the Black Pagoda), at Konark, in Orissa. It was constructed from oxidizing and weathered ferruginous sandstone by King Narasimhadeva I (1236-1264 CE) of the Eastern Ganga Dynasty. The temple is one of the most well renowned temples in India and is a World Heritage Site. It is one of the Seven Wonders of India (as per the poll collected by NDTV).The temple takes the form of the chariot of Surya (Arka), the sun god, and is heavily decorated with stone carving. The entire complex was designed in the form of a huge chariot drawn by seven spirited horses on twelve pairs of exquisitely decorated wheels.

The entrance is guarded by two giant lions, which are each shown crushing a war elephant. Each elephant in turn lies on top of a human body. The temple symbolizes the majestic stride of the Sun god. At the entrance of the temple is a Nata Mandir. This is where the temple dancers used to perform dances in homage to the Sun god. All around the temple, there are various floral and geometric patterns. The temple is now partly in ruins, and a collection of its sculptures is housed in the Sun Temple Museum, which is run by the Archaeological Survey of India. The poet Rabindranath Tagore wrote of Konark: “here the language of stone surpasses the language of man.”

It is admittedly the best in Orissa. Its fine traceries and scrollwork, as well as the beautiful and natural cut of animal and human figures, give it a superiority over other temples.