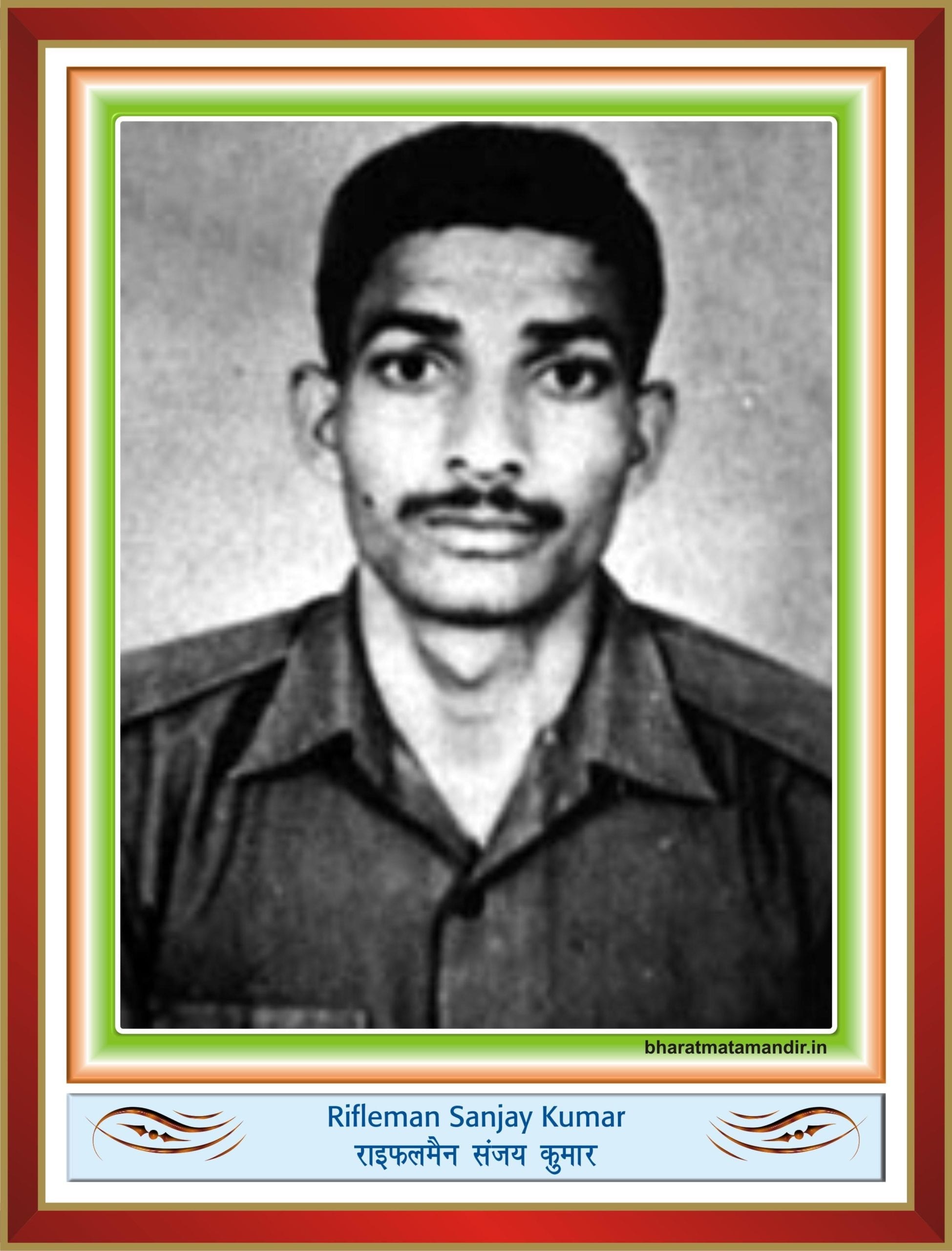 Rifleman Sanjay Kumar, 13 Jammu and Kashmir Rifles, is a recipient of the Param Vir Chakra, India‘s highest military award. He was the leading Scout of a team tasked to capturing Area Flat Top on July 4, 1999 during the Kargil war. The area was held by Pakistan military. Having scaled the cliff, the team was pinned down by machine gun fire from an enemy bunker, about 150 meters away.
Kumar, realizing the magnitude of the problem and the detrimental effect this bunker would have in the capture of Area Flat Top, crawled alone up the ledge, along a flank, and charged towards the enemy bunker through a hail of automatic fire. Almost instantly he took two bullets in his chest and forearm that left him bleeding profusely.

Though bleeding from the bullet wounds, he continued the charge towards the bunker. In hand-to-hand fighting, he killed three enemy soldiers. He then picked up an enemy machine gun and crept towards the second enemy bunker. The enemy soldiers, taken completely by surprise, were killed by him as they fled their post. Inspired by his act the rest of the platoon charged, assaulted the feature and captured Area Flat Top.