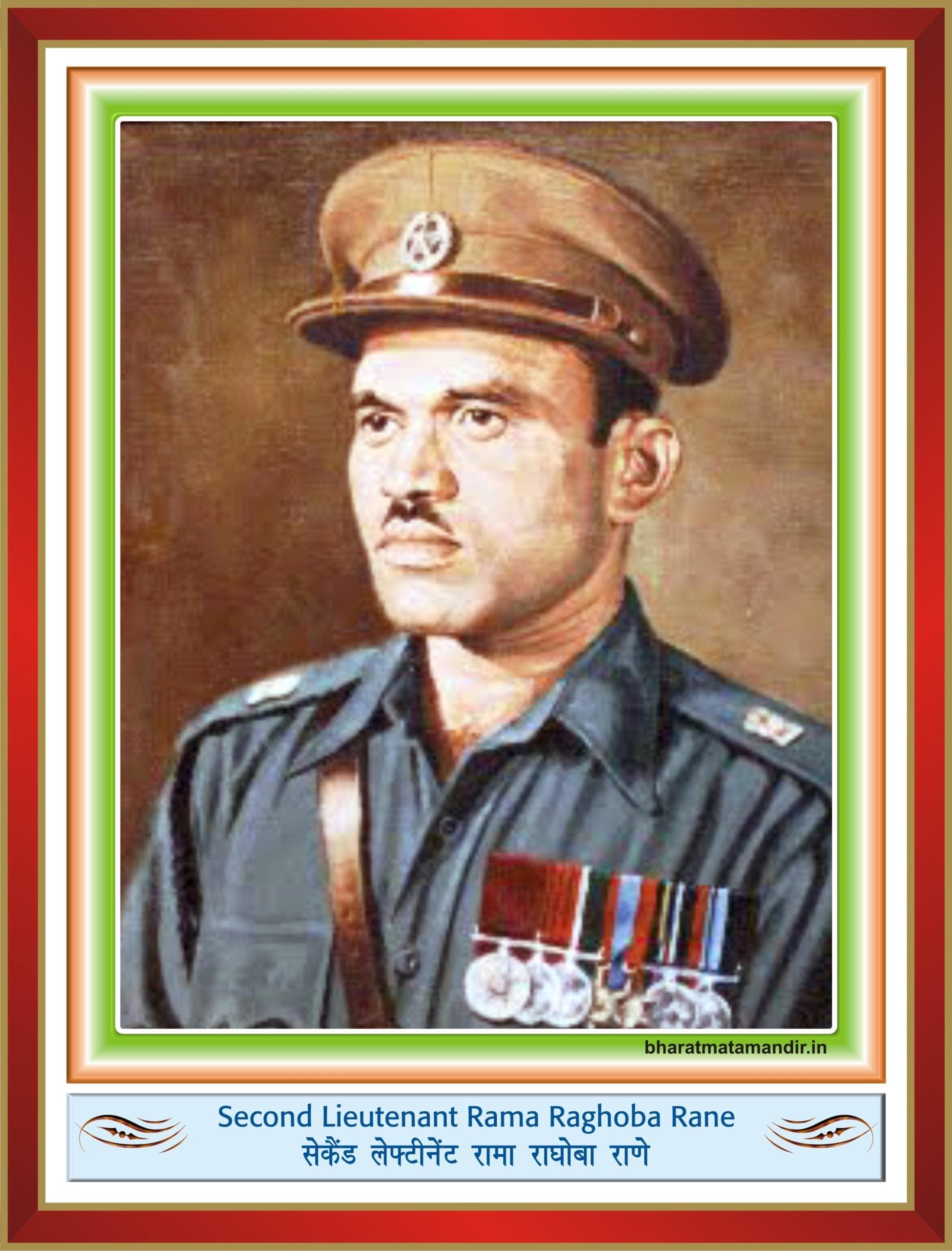 Second Lieutenant Rama Raghoba Rane, was born on 26 June 1918 at Chendia, Karwar, Karnataka, India. He comes from Konkan Maratha Community of Karwar. His statue has been erected in Karwar. He was commissioned in the Corps of Engineers on 15 December 1947. He retired as a Major from the Indian Army in 1968. During his 21 years’ service with the Army, he earned five M-in-D (Mentioned-in-Despatches). He served with distinction during the 1947-48 Jammu and Kashmir operations. He was awarded the Param Vir Chakra for his courage and gallantry during the war against Pakistan.

The Indian troops then planned an advance from Naushahra to Rajauri to protect the natives from atrocities of the raiders. Half-way lay the Chingas, on the old Mughal route to Kashmir. The 4 Dogra commenced the advance to Rajauri on 8 April 1948. It attacked the Barwali ridge, 11 km north of Naushahra and capture it after driving out the enemy from well-prepared positions. But beyond Barwali, the increasing number of road-blocks and minefields obstructed the progress of the battalion. Even armour could not cross over these obstacles.

During this critical phase, 2nd Lieutenant Rane and his section of 37 Assault Field Company, attached to 4 Dogra, performed yeoman service. As the section started clearing a mine-field on April 8, two sappers were killed and five others including Rane were injured in enemy mortar fire. However, Rane and his men completed the work by the evening and enabled the tanks to push forward. But the enemy had not been cleared from the area and road ahead was still unsafe for the advance.

2nd Lieutenant Rane worked during the night to prepare a safe lane for the tanks. On April 9th, his men continuously worked for twelve hours to clear mines and remove road-blocks. Where the road was found un-negotiable he made a diversion for the column to pass through. 2nd Lieutenant Rane continued this work in the face of enemy artillery and mortar fire.

On April 10th, he woke up early to resume work on the road-block, which could not be cleared the previous night. He cleared this huge road-block of 5 big pine tress, surrounded by mines and covered by intensive machine-gun fire, within two hours.

The Army advanced another 13 km on this day before they encountered another major road-block. The enemy pickets perched on the adjoining hills were guarding all approaches to this road-block. 2nd Lieutenant Rane drove to the road block in a tank and crouching under it, blasted the block with mines. He thus opened the road before the end of the night.

On April 11th, he worked for 17 hours to open the road to Chingas and beyond. 2nd Lieutenant Rane made a substantial contribution in facilitating the Indian advance on Rajauri. It cost the enemy about 500 dead and many more wounded. It also helped in saving many innocent lives in Chingas and Rajauri. But for the grim determination and tireless diligence of 2nd Lieutenant Rane, who worked ceaselessly, our column could not have reached Chingas – an important feature which secured for us a vantage position to advance further

The gallant effort made by 2nd Lieutenant Rama Raghoba Rane during this critical advance to Rajauri earned him the highest war-time gallantry medal, Param Vir Chakra.