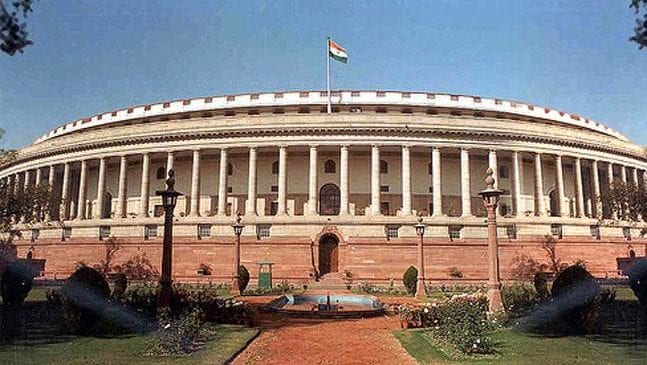 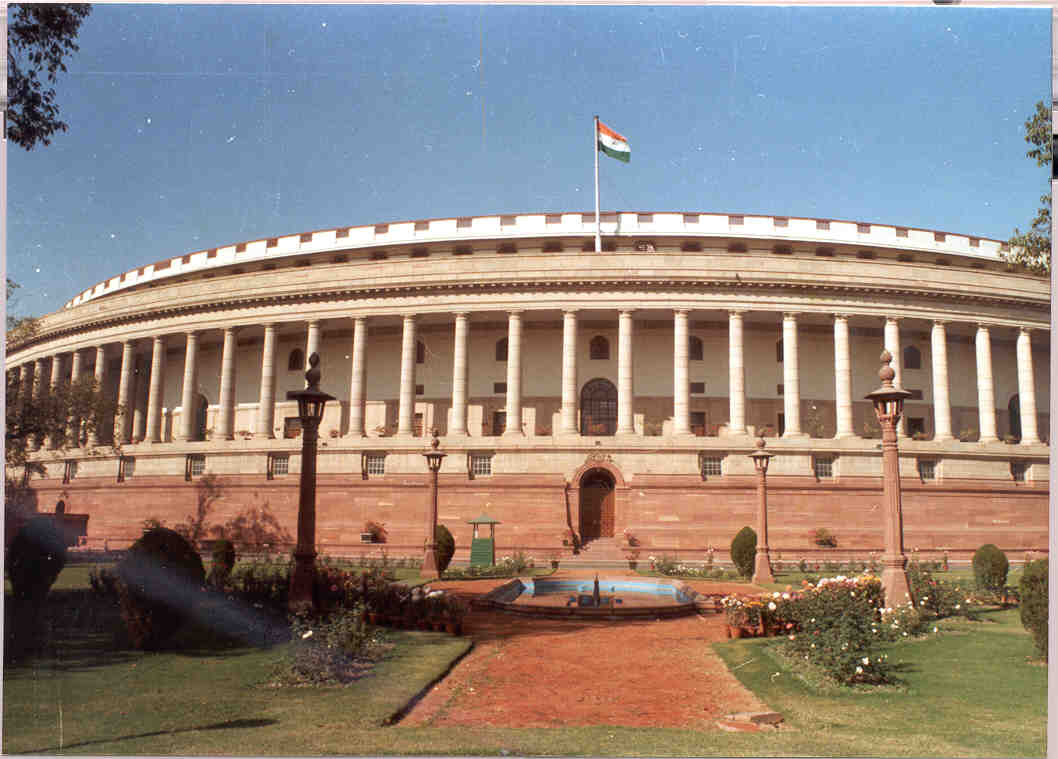 The Parliament of India (or Sansad Bhawan) is the supreme bicameral legislative body of the federal government of the Republic of India. It consists of the office of President of India and two Chambers, the House of People, known as the Lok Sabha and the Council of States, known as the Rajya Sabha. The Members of either house are commonly referred to as Member of Parliament or MP. The MPs of Lok Sabha are elected by direct election and the MPs of Rajya Sabha are elected by the members of the State Legislative Assemblies in accordance with proportional voting.

Of the 545 members of the House of People, 530 members represent the territorial Constituencies in the States and the remaining represent the Union territories, chosen in such manner as Parliament may by law provide. These members serve a five-year term until the next General Election are held. House seats are apportioned among the states by population in such a manner that the ratio between that number and the population of the State is, so far as practicable, the same for all States.

The 250 Members of the Council of States serve a staggered six-year term. 12 of these members are nominated by the to be nominated by the President and shall consist of persons having special knowledge or practical experience in respect of such matters as the following, namely literature, science, art and social service. The 238 members are representatives of the States shall be elected by the elected members of the Legislative Assembly of the State in accordance with the system of proportional representation by means of the single transferable vote. Every two years, approximately one-third of the Council is elected at a time.

The Parliament meets in the Sansad Bhawan on Sansad Marg in New Delhi..The Parliament House (Sansad Bhavan) is a circular building designed by the British architects Sir Edwin Lutyens and Sir Herbert Baker in 1912–1913. Construction began in 1921, and in 1927 the building was opened as the home of the Council of State, the Central Legislative Assembly and the Chamber of Princes.

The roof of the outer circle of the structure is supported by 144 granite pillars. The Houses are located on Janpath, close to the former Viceroy’s House (Rashtrapati Bhavan). It can also be seen from the India Gate.

The former Chamber of Princes was home to the Supreme Court of India until 1958.

The Foundation stone of Parliament House was laid on the 12th February,1921 by H.R.H. The Duke of Connaught, Lord Irwin. The cost of construction was Rs 83 lakhs. Size of the Building Parliament House is a massive circular edifice 5600 feet (about 170 metres) in diameter. Its circumference is about one-third of a mile (or about half a kilometre) and it covers an area of nearly six acres (about 24000 square metres). The open veranda on the first floor is fringed with a colonnade of 144 creamy sandstone columns—each 27 feet (8.23 metres) high. The building has twelve gates among which Gate No. 1 on the Sansad Marg is the main gate.

One thought on “Parliament of India”